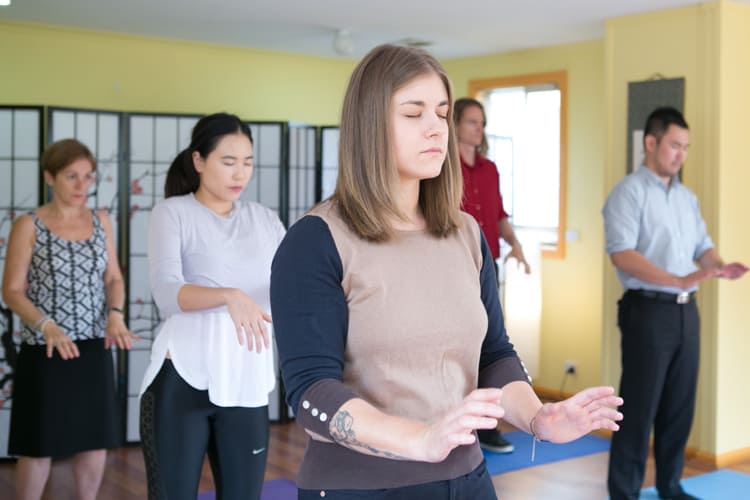 Qi Gong is an ancient form of energy cultivation and circulation

Qi Gong is an ancient art, which is thought to have given birth to many of the Chinese sciences, such as Acupuncture and Traditional Chinese Herbalism.

The word Qi Gong simply translates as “Energy Work”. Qi Gong is a way to cultivate and circulate internal energy.

Qi Gong is similar to Yoga and Tai Chi in that it involves postures, movements, breathing and meditation for healing and health promotion.

Qi Gong is unique in that it is more energy and movement focused than most forms of Yoga, and does not involve holding difficult postures. Qi Gong science is the foundation from which Tai Chi was developed, the focus is on fundamental well-being and self-healing.

At Freedom Chinese Medicine, Dr. Elaine Hickman is Qi Gong trained and incorporates Qi Gong healing into her treatments. One on One Qi Gong instruction, and online classes may also be arranged, contact us to express your interest.