1. Toast the cumin in a hot, dry pan, shaking constantly over medium heat for 2 minutes. Grind the seeds into a coarse powder in a spice grinder, or crush them with a rolling pin. Set aside.

2. In a medium stockpot or Dutch oven, heat the oil. Add the leeks, and cook over medium heat until soft, about 5 minutes. Add the cumin, reserving ½ teaspoon for garnish, and cook an additional 2 minutes, stirring occasionally. Add the carrots and stock. Bring to a boil, reduce to a simmer and cook, covered, until the carrots are tender, about 25 minutes.

3. Puree in a blender or food processor until smooth. Return the mixture to the pot, pour in the milk and warm over medium-low heat for about 5 minutes. Season with the salt and pepper, garnish with a sprinkle of the reserved cumin. Serve immediately.

Even though research has confirmed that acupuncture for Frozen Shoulder works very well, many people coming to The Acupuncture Clinic are still curious as to how acupuncture actually can do it. From a western medical perspective, modern physicians don’t actually know what causes frozen shoulder and their treatments are basically ineffective. The most intriguing aspect of frozen shoulder is that there is usually no history of injury which has led some researchers to believe that there is an auto immune component but researchers are still not clear why the problem can rectify itself after 18 months or so without any treatment.

Frozen shoulder and its symptoms were recorded and documented in classical Chinese medicine texts more than a thousand years ago. The condition was given the names like ‘100 Years old shoulder” or “Old Woman’s Shoulder”.

Interestingly, western medical researchers have statistics that show frozen shoulder affects more women than men and ancient Chinese physicians also noticed this. This is why the treatment of frozen shoulder in men and women can actually be different. There is not a one size fits all approach in Chinese medicine, unlike western medicine where steroid injections are the norm for young and old, male or female.

Acupuncture physicians basically aim to restore harmony between yin and yang in the body. In fact frozen shoulder has a problem with both the yin and yang. Western medical observation has actually helped reinforce the traditional Chinese medicine view of frozen shoulder.

Western medicine says that frozen shoulder has a lack of synovial fluid lubricating the upper arm and shoulder blade. Chinese medicine says that the watery yin fluids have become either depleted or dried up, possibly from a history of fever and flu.

Western medicine has noted that the pain of frozen shoulder increases at night. Chinese medicine says that this is due to a blockage of energy and blood circulation which becomes escalated at night from sleeping and inactivity.

Chinese medicine physicians in the treatment of frozen shoulder then simply go about and rectify the obvious.

The cold accumulation is warmed up with moxibustion.

The yin fluids are nourished by using fluid building acupuncture points or yin moistening Chinese herbs such as yu zhu.

The blockage that causes the increased pain at night is treated by acupuncture points that have the known function of mobilising energy and increasing circulation of blood. In particular cupping is used to increase blood circulation.

Women presenting with frozen shoulder have additional acupuncture points to regulate and benefit the hormonal system.

Tui na is recommended to further improve mobilization and to hasten recovery even more quickly, it is suggested to take up Tai Chi. 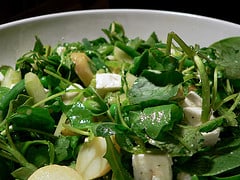 Rich in the forgotten superfood spices, this delicious coconut chai recipe is full of anti-oxidants, great for anti-aging and disease prevention.

Method
1. Pour the water in a pot, add chai mix and additional spices.
2. Bring the pot to a simmer, then reduce heat to low. Cover and let spices infuse for 10 minutes.
3. Strain through a fine mesh sieve to fill mugs 2/3 full. Top up with coconut milk and sweeten to taste. 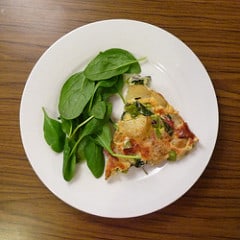 Preheat oven to 2000C. Peel pumpkin, potato & sweet potato and cut into bite-sized chunks. Place on a baking tray, drizzle with 1 tbsp of oil and toss to coat. Bake for 30 minutes. Add chopped onion, chopped mushroom and garlic to tray and drizzle with 1 tsp oil. Toss with other vegetables. Continue baking for 20-25 minutes, until the vegies are cooked through. Remove garlic from its skin, place in a medium bowl and mash with a fork. Add eggs, parmesan, cream, salt and pepper to bowl. Whisk until combined. Heat extra ½ tsp oil in a 26 diameter frying pan over medium heat. Cover base of pan with vegies. Pour egg mixture over vegetables 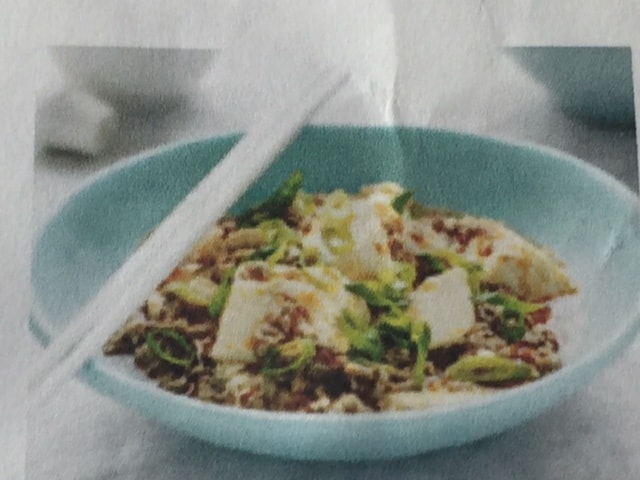 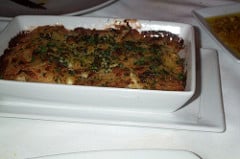 Heat the oil in a pan, add the onion, carrot and celery and fry gently for 10 minutes, until softened. Add the remaining ingredients, with salt and pepper to taste. Cover and simmer for 30 – 60 minutes, stirring occasionally, until the lentils are tender. Meanwhile, prepare the filling. Melt the margarine in a frying pan, add the mushrooms and fry for 2 minutes, stirring. Add the garlic, parsley and salt and pepper to taste and mix well.

Place half the lentil mixture in an oiled shallow ovenproof dish. Spread the mushrooms over the top, then cover with the remaining lentil mixture. Top with the cheese and bake in a preheated oven at 1900C, for 20-25 minutes until golden and bubbling. Serve with salad and crusty bread. 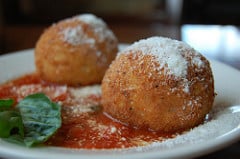 An effort, but delicious! 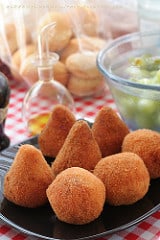 1. Make risotto by heating chicken stock in saucepan, until simmering. Keep hot. Melt butter in a large saucepan on medium heat. Add onion and cook for 3 mins, stirring until softened. Add rice and stir for 1 min, until translucent. Add wine & stir until evaporated.

2. Add 1 ladle of stock, stirring constantly, until absorbed. Repeat with remaining stock, one ladle at a time, stirring constantly for 15-20mins, until rice is cooked. Remove from heat & stir through parmesan and 1 lightly beaten egg. Season to taste. Spread rice onto a baking tray lined with baking paper to cool completely.

4. Divide cooled risotto mixture into 12 portions with wet hands, take 1 portion in your palm and make a small well in the centre. Place 1 tbsp of mince mixture in centre of rice. Fold over rice to enclose mixture and shape into a ball. Repeat with remaining rice portions and mince mixture. Roll balls in breadcrumbs and set aside.

5. Heat rice bran oil in a large saucepan on high until a cube of bread sizzles on contact. Deep fry rice balls in batches for 4 mins, turning, until golden. Drain on paper towel and serve immediately. 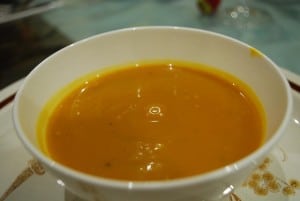 1. Preheat oven to 200°C. Place the pumpkin in a baking dish and drizzle with a little of the olive oil. Sprinkle with dried chillies, fennel seeds and salt and pepper. Cut the potato into wedges and also place on a baking tray, drizzle with olive oil and scatter with thyme leaves. Bake pumpkin and potato for 35-40 minutes or until golden and cooked through.

2. Heat a large heavy based saucepan, add the remaining olive oil and butter and fry the onions and garlic until soft. Add the pumpkin and potato and mash. Pour in the stock, bring to the boil and reduce the heat and simmer for 10- 12 minutes.

3. Blend until smooth with a hand held blender or food processor. Return to the pan and reheat if necessary. Stir through the cream and season to taste. Serve with cracked black pepper.